Idea’s for a walk

Discover a unique natural and historical site classified as a World Heritage Site by UNESCO.

Located just a few meters away from cycle paths and a secure itinerary,  giving you a large choice of historical and natural places to discover between Normandy and Brittany, our agency is also a privileged starting point to take on Véloscénie and a stop off at the Vélomaritime paths. 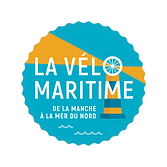 A rocky islet topped by a masterly abbey, in the heart of a magnificent bay … The Mont Saint-Michel has fascinated men since 708. Abbey, fortress, prison… From the Hundred Year War to the French Revolution, from its Romanesque architecture to restoring its maritime character, this timeless rock will take you back through the centuries. The Mont Saint-Michel Bay is one of few unique natural settings in the world, the highest tides in continental Europe can be found here. It’s home to thriving wildlife and offers a multitude of sumptuous viewpoints from the Wonders of the West: a breathtaking natural beauty that can be visited at your own pace, far from the crowds. “A Remarkable region of taste”, capital of the oyster, Cancale is deeply tuned towards the sea and overflows with rich culinary, historical, and natural resources.  From the Pointe du Grouin you can admire “La Cancalaise”, a symbol of the city and replica of the old traditional fishing boats of the Mont Saint-Michel Bay. 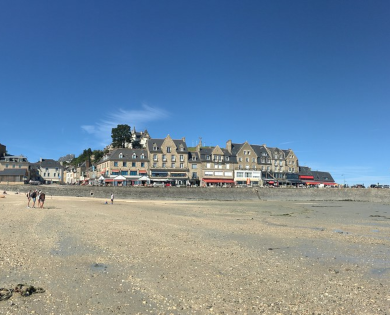 Long stretches of fine sand beaten by the wind, located in the heart of the Mont Saint-Michel Bay and a mecca for oyster production: a landmark oyster and sand yacht fanatics! A superb mill that’s running. The miller still manufactures flour from wheat, rye, buckwheat, oats, barley… and only with the power of the wind! The cherry on the top : a breathtaking view of the marshland, the Mont Saint-Michel, and the racecourse just below. In Ducey – Les Chéris, this majestic castle built in the 17th century, classified as a Historic Monument, bears witness to an innovative architectural project carried out by a powerful family that marks the History of France. 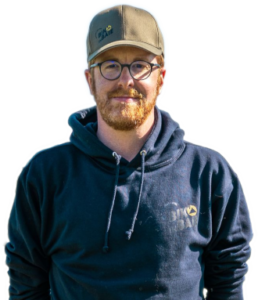 ” This part of France has many other historical and patrimonial treasures (sometimes hidden!) that I would be pleased to introduce to you during your stay! “